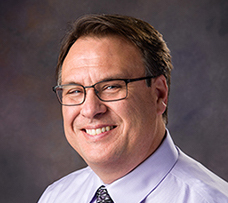 Over the past 12 months, we’ve grown accustomed to seeing Zika in the news. The virus has been linked to thousands of cases of microcephaly in Brazilian babies. Numerous countries, including the United States, have reported Zika-related deaths. And there is no vaccine available at this time.

In the face of what has become a global health crisis, the Vaccine Research Center (VRC) at the NIH/National Institute of Allergy and Infectious Diseases (NIAID) responded to a call from Anthony Fauci, Ph.D., head, NIAID, to get a candidate vaccine into human trials by the summer of 2016.

Researchers chose to leverage platform knowledge in DNA-based vaccines and initiate candidate evaluations using both in vitro and in vivo models. In parallel, the Frederick National Lab devised a plan to manufacture and release GMP bulk and vialed drug product for the Phase I clinical studies.

The Vaccine Clinical Materials Program (VCMP) at the Frederick National Lab developed an "accelerated" schedule to produce, test, and release a vialed drug product by July 21, 2016. Because multiple vaccine candidates were being evaluated by the VRC, the planning stages required agility and flexibility.

On April 15, the VCMP received the final candidate to take forward to GMP production in the VCMP Pilot Plant.

Because the Pilot Plant had not manufactured plasmid DNA (pDNA)-based vaccines for some time, training personnel and developing curricula specific to the Zika process was crucial for a successful delivery. Demonstrating the process at a 15-liter fermentation scale was also deemed necessary to become familiar with the process and to identify opportunities to maximize yield.

The first Zika pDNA batch was successfully filled on June 15. 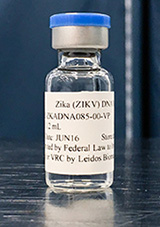 Extensive documentation (from batch records to certificates of analysis) was required to support the execution and closeout of the campaign to produce materials for the U.S. Phase I clinical trial. Meanwhile, because of the potential for Phase II clinical trials in EU countries, the fill/finish group revised the aseptic manufacturing process to include additional samples to comply with EU regulatory expectations.

The first Zika pDNA batch was successfully filled on June 15 (approximately 60 days after receipt of the final candidate starting material), and 664 doses were released to the VRC-approximately twice the Phase I trial requirement-on July 20 (about 90 days from candidate selection). The investigational new drug (IND) application was filed with the Food and Drug Administration (FDA) on July 21, and clinical materials were shipped to the National Institutes of Health Clinical Center the week of July 25. The FDA accepted the IND on August 1, and the first dosing of human subjects in a Phase I study commenced on August 2.

The Pilot Plant is on course to produce up to 14,000 additional doses over the course of several planned batches, including yield improvements that have already been realized in the second production batch.

In collaboration with the Frederick National Lab’s Clinical Monitoring Research Program, the VCMP is anticipating over 90 clinical shipments to clinical sites in at least six countries, including the U.S., Brazil, the Dominican Republic, Puerto Rico, Martinique, and Guadeloupe. These shipments will support subsequent Phase II clinical trials, which are in the planning stages.