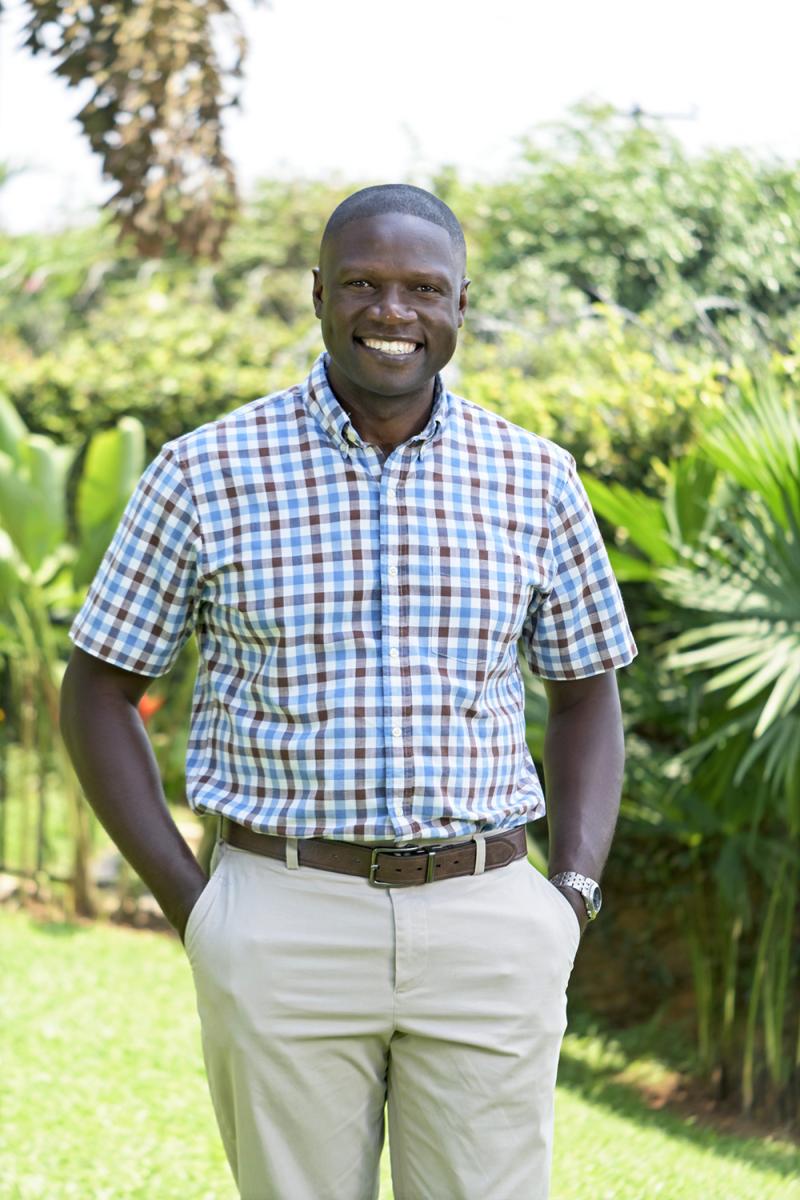 Victor Ssempijja remembers there being many fatherless households in his hometown in Uganda during his childhood. In fact, he says he could count the number of complete families on just his fingers. The other fathers had died of HIV and associated complications.

“I actually grew up thinking that men were not supposed to live long,” he said.

The situation is better now, thanks to advances in HIV research and improved prevention and treatment methods. HIV deaths per 100,000 people in Uganda decreased by 88 percent between 1990 and 2017, the largest reduction in the world. Medical developments have changed HIV from a guarantee of death to a chronic condition with which people can lead relatively normal lives, and research has identified powerful strategies for HIV prevention for those at risk.

Ssempijja counts himself fortunate to have spent most of his 17-year career, including six years at Frederick National Laboratory (FNL), working on infectious disease research—mainly HIV—in Africa. He started HIV research soon after college in 2003 at the Rakai Health Sciences Program (RHSP). At the time, the HIV epidemic reached its worst, scientists were initiating groundbreaking research into efficacy of male circumcision against HIV acquisition, and the President’s Emergency Plan for AIDS Relief fund was in its inception phase. Since then, there has been consistent progress.

“So it has been remarkable to see the evolution of successful treatment and prevention of HIV/AIDS,” said Ssempijja, who trained in biostatistics at Johns Hopkins Bloomberg School of Public Health and is now a biostatistician in FNL’s Clinical Monitoring Research Program Directorate.

As a biostatistician—often the only one working on a given study—he performs statistical analyses and data processing. He also often mentors his colleagues.

“As a data manager or statistician, you become significantly accountable for achieving the objectives of study protocol, to make sure that, while the field and data procedures have been devised to make things practical, the study does not deviate from answering the objectives,” he said.

The work is challenging, and that’s how Ssempijja likes it. Unusual and new situations fascinate him. He is an avid learner who takes the time to understand each protocol or research question he works on, the procedures accompanying them, and the science underlying them. Although based in the field for many years, he currently works remotely most of the time but still makes a habit of visiting field sites to work alongside field-based researchers and participate in the work firsthand.

“The field trips offer an opportunity to learn from the field and data teams how the projects are actually operationalized. This knowledge is useful in crafting the appropriate data processing and analysis plans that are informed by the field experience,” Ssempijja said.

Ssempijja also strives to learn the biology and epidemiology of diseases as part of providing biostatistical support on research teams. For instance, in a study conducted in people living with both HIV and tuberculosis (TB), he asked the lead researcher for lessons on the epidemiology of TB.

“Once my understanding of TB matured, my contributions became more valuable,” he said.

Ssempijja has had the chance to contribute to many studies in his six years at FNL. He is particularly proud of several recent analyses on optimizing HIV treatment, including when to change drugs, how often to test blood viral load levels, and how to predict which patients will encounter challenges with their treatment in the future. He has also supported intervention studies, modeling studies, and mortality studies, among others.

“Sometimes, statisticians find things in the data that can provide new insights unknown to the researchers they are supporting,” he said.

This happened for Ssempijja while studying the risk of acquiring hepatitis B in people living with HIV. While scouring the data, he remembered what he had learned about hepatitis treatments, and he realized the participants’ HIV medications were potentially skewing the results by blocking hepatitis infections. He took the information to the lead researcher, who realigned the study to look at the question by accounting for that variable.

“The publications that I have worked on—I think each of them had a significant contribution, and I have fond memories of each,” Ssempijja said, adding that he is pleased with the scientific contributions he has been able to make.

While the publications are rewarding, he finds the effort itself rewarding, too. He speaks highly of his colleagues at FNL and in Uganda and their work. He also sees collaborating with RHSP as his professional launch pad, because that’s where his career began 17 years ago. In fact, he helped to establish its first biostatistics unit.

“I think I’ve been lucky,” he said of his career.