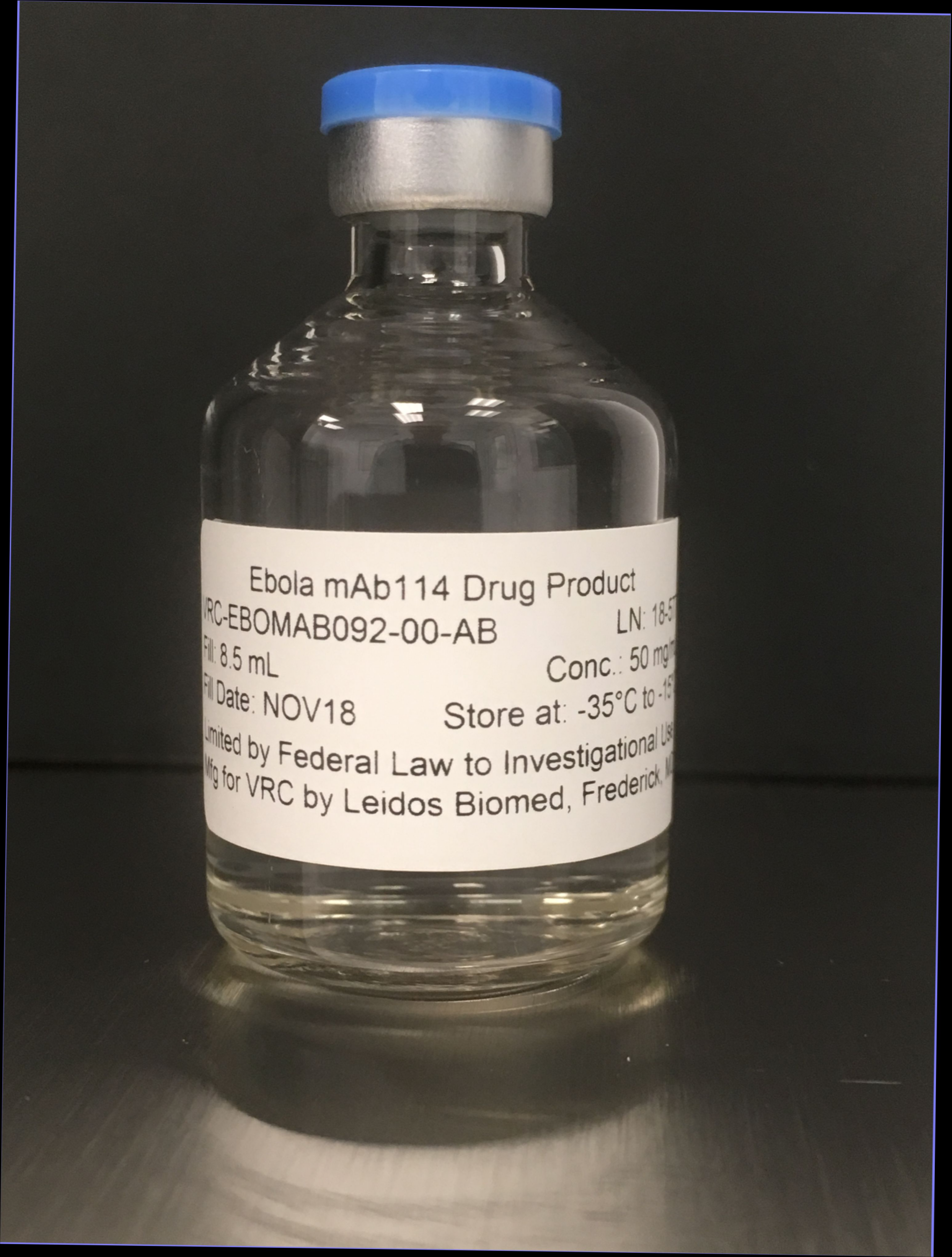 Meanwhile, the national laboratory’s Vaccine Clinical Materials Program (VCMP) sent a shipment of mAb114, one of the therapies, to the DRC.

Calvin Proffitt and Tyler Bonnett from the national laboratory’s Clinical Monitoring Research Program Directorate (CMRPD) rushed to the DRC in mid-August at the request of the U.S. National Institute of Allergy and Infectious Diseases (NIAID), which co-sponsors the trial, Pamoja Tulinde Maisha (PALM, “together save lives” in Swahili), with the DRC’s Institut National de Recherche Biomédicale.

The trial tested four experimental Ebola treatments in 681 patients over the past nine months. In August, PALM’s independent data safety monitoring board saw promising interim data on two of the agents—antibodies known as mAb114 and REGN-EB3. Preliminary results in 499 patients show that 71% of patients who were given REGN-EB3 survived and 66% of patients treated with mAb114 survived. Survival rates were even higher—94% and 89%, respectively—among patients who had low amounts of virus in their bodies.

In contrast, Ebola is fatal about 70% of the time if left untreated.

The study sponsors agreed with the board to stop the study early and treat patients exclusively with mAb114 or REGN-EB3 in what is being considered an extension phase. VCMP, which operates the Vaccine Pilot Plant on behalf of NIAID’s Vaccine Research Center, has been the leading manufacturer and distributor of mAb114 to date. 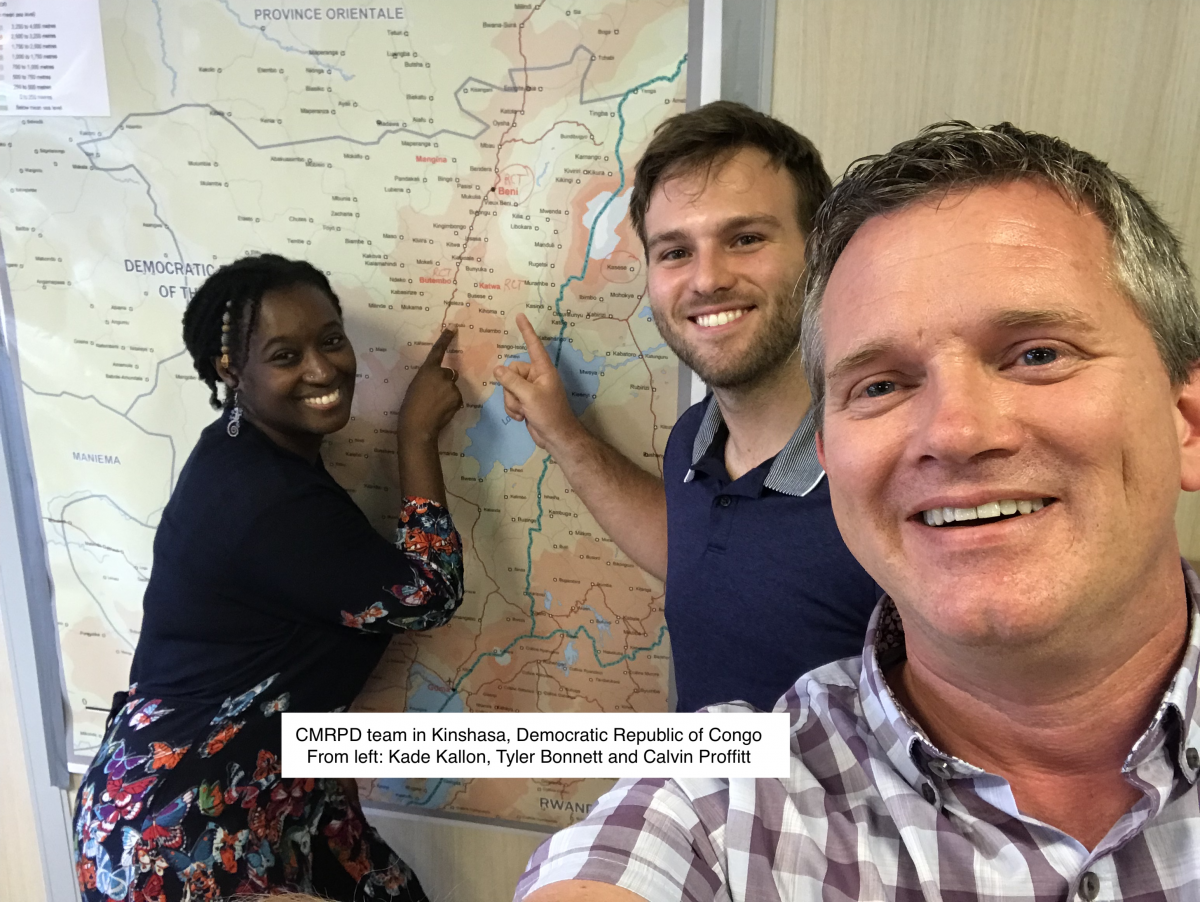 Rapid responders Proffitt and Bonnett joined CMRPD colleagues already in the DRC. The CMRPD provides high-level program operations support to the study on behalf of NIAID. The team will immediately help shift to the trial’s extension phase.

“It’s so critically important to have them on the ground, working with the study teams to solve problems,” said CMRPD Director Beth Baseler. “There are a lot of technical details that need to be addressed and handled as we stop the study and move into the extension phase.”

At the joint protocol team meeting in mid-August, NIAID Director Anthony Fauci, M.D., congratulated his NIAID staff, the Frederick National Laboratory, the DRC partners, and others for their extraordinary work on the trial.

“This is the one of the first times I’ve been involved in a study that had such a profound effect,” Baseler said. “It’s what you hope for in clinical research.”

For its part, VCMP is gratified to be the manufacturer of a treatment that shows promise against such a devastating disease, says VCMP Director David Lindsay, Ph.D. VCMP has manufactured more than 10,000 vials of mAb114, enough to treat approximately 1,600 patients. It has also been responsible for storing and distributing two smaller batches manufactured elsewhere for NIAID under a separate contract.

VCMP staff have coordinated, packaged, and completed 28 shipments of the antibody to the DRC, totaling more than 3,600 vials (600 treatment courses of the medication delivered by intravenous infusion). They recently began producing another batch. 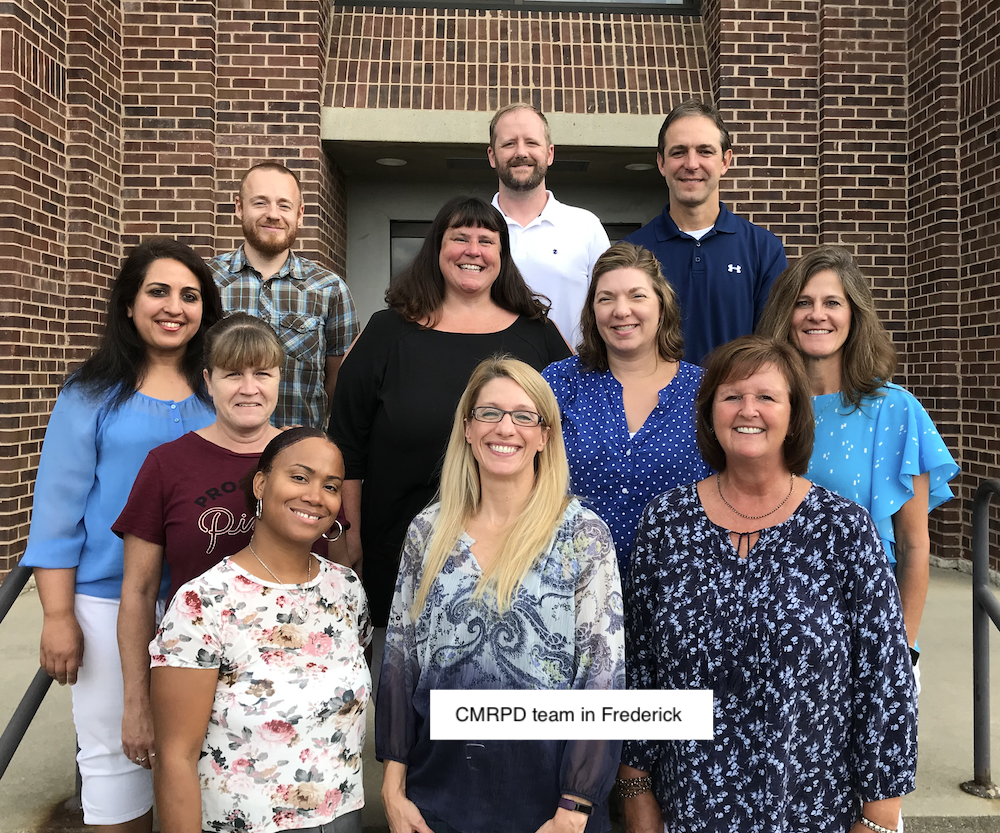 “We get to make more, and that’s a great thing,” Lindsay said. “If we can leverage our capacity to advance a product that has the potential to save lives, even in a clinical evaluation, even in its investigational stage, how meaningful is that?”

CMRPD provides clinical, technical, scientific, clinical trials management, data management, and program/project management logistical support for PALM. All of this behind-the-scenes work must occur off-site due to armed conflict and insecurity at the outbreak locations.

In partnership with CMRPD, VCMP has packaged and shipped medical supplies to the DRC to enable clinicians to administer mAb114 to patients. A guide insert is included with the supplies to help less experienced personnel provide care and treatment that’s on par with PALM’s requirements.

The study teams are thrilled about the positive results. But Baseler cautions that the DRC Ebola epidemic persists. In addition to the challenges of the disease itself, it’s difficult to reach and treat the patients who live in remote areas or who mistrust foreign health workers and the DRC government. The Ebola outbreak region in the DRC is a conflict zone, where villagers and health workers have been killed by armed rebels who have also destroyed hospitals and treatment units.

The PALM extension study will further evaluate the antibodies’ safety until final results of the trial are known, which is expected to occur sometime this fall, Baseler said. Investigators will analyze and immediately submit the data for publication. An expanded-access phase of the study is expected to follow.

CMRPD teams will remain in the DRC to facilitate the expansion study as well as additional clinical studies regarding the health of Ebola survivors and their close contacts, among other trials. VCMP plans to continue manufacturing mAb114.