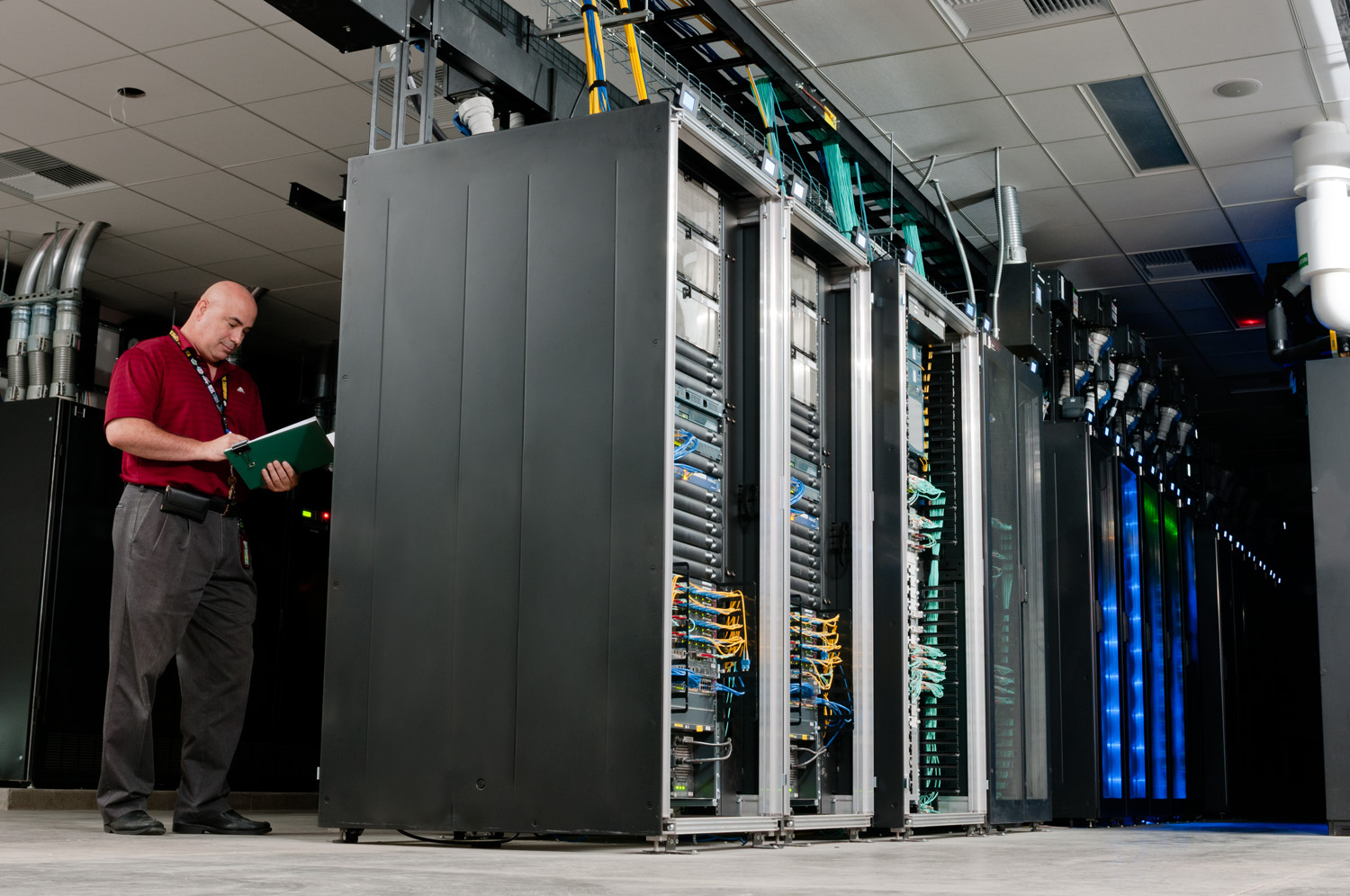 Scientists from two U.S. national laboratories, industry, and academia today launched an unprecedented effort to transform the way cancer drugs are discovered by creating an open and sharable platform that integrates high-performance computing, shared biological data from public and industry sources, and emerging biotechnologies to dramatically accelerate the discovery of effective cancer therapies.

The goal of the consortium – Accelerating Therapeutics for Opportunities in Medicine (ATOM) – is to create a new paradigm of drug discovery that would reduce the time from an identified drug target to clinical candidate from the current approximately six years to just 12 months. ATOM aims to transform cancer drug discovery from a time-consuming, sequential, and high-risk process into an approach that is rapid, integrated, and with better patient outcomes -- using supercomputers to pretest many molecules simultaneously for safety and efficacy.

“The goals of ATOM are tightly aligned with those of the 21st Century Cures Act, which aims in part to enable a greater number of therapies to reach more patients more quickly,” said Frederick National Laboratory Director David Heimbrook. “Although initially focused on precision oncology – treatments targeted specifically to the characteristics of the individual patient’s cancer – the consortium’s discoveries could accelerate drug discovery against many diseases.”

ATOM will develop, test, and validate a multidisciplinary approach to drug discovery in which modern science, technology and engineering, supercomputing simulations, data science, and artificial intelligence are highly integrated into a single drug-discovery platform that can ultimately be shared with the drug development community at large.

“As we have learned more about what modern supercomputers can do, we’ve gained confidence that this approach can make a big difference in creating medicines,” said John Baldoni, Senior Vice President for R&D at GSK. “We must do all that we can to reduce the time it takes to get medicines to patients. GSK is working to set a precedent with pharmaceutical companies by sharing data on failed compounds.”

GSK will initially contribute chemical and in vitro biological data for more than 2 million compounds from its historic and current screening collection, as well as preclinical and clinical information on 500 molecules that have failed in development but could help accelerate development of new compounds by providing knowledge about the underlying biology of candidate compounds and that of the human body. Combined with data on successful drugs, GSK’s offering represents a broad base of information for ATOM researchers. In addition, GSK will provide expertise in drug discovery and development, computational chemistry, and biology.

The ATOM team will combine data provided by GSK with publicly available data, and that of future consortium members, to generate new dynamic models that can better predict how molecules will behave in the body compared to the current iterative and time-consuming practices. In this effort, LLNL will contribute its best-in-class supercomputers, including its next-generation system Sierra, as well as its expertise and innovative approaches to modeling and simulation, cognitive computing, machine learning, and algorithm development. More broadly, by tackling the ambitious challenge of cancer therapies, ATOM will drive technologies vital to the core missions of the Department of Energy and National Nuclear Security Administration (NNSA).

“ATOM is a novel public-private partnership that draws on the lab's unique capabilities to create a paradigm change in drug development,” said LLNL Director Bill Goldstein. “It will help to strengthen U.S. leadership in high-performance computing, and, by speeding the discovery of therapeutics, contribute to biosecurity.”

For its part, the Frederick National Laboratory will contribute from its wealth of scientific expertise in precision oncology, computational chemistry and cancer biology, as well as support for open sharing of data sets and predictive modeling and simulation tools. UCSF will provide expertise from a long history of innovation in drug discovery and medicine to improve the lives of patients.

“We at UCSF are eager to lend our expertise to this effort,” said UCSF Chancellor Sam Hawgood, MBBS. “UCSF scientists and clinicians have long been leaders in drug discovery, therapeutics, and cancer biology with the UCSF Helen Diller Family Comprehensive Care Center among the top-ranked cancer institutes in the country. Our role with ATOM is therefore in lock step with UCSF’s mission of advancing health worldwide.”

ATOM welcomes additional public and private partners who share the vision of the consortium, which will have physical headquarters in the Mission Bay neighborhood of San Francisco, adjacent to UCSF’s newest campus.