Cancer researchers nationwide now have access to the latest technology in the field of cryo-electron microscopy (cryo-EM)—the study of protein structures at atomic resolution—at the Frederick National Lab for Cancer Research. The emerging technology comes at a time when the field of cryo-EM has the potential to revolutionize structural biology.

For many institutions, buying and maintaining the latest generation of microscopes and detectors to meet the needs of the cryo-EM community can be prohibitively expensive. The National Cancer Institute (NCI) has worked with the Frederick National Lab to overcome this barrier by providing cancer researchers in academic labs access to a shared national resource and user facility.

The NCI’s National Cryo-EM Facility went live at the Frederick National Lab on May 15, 2017 and is now receiving research samples. It currently houses one Titan Krios microscope fitted with a Falcon II direct detector and a K2 Summit direct detector coupled with a Gatan imaging filter. These tools provide cutting-edge, high-resolution technology for imaging needs. Additional microscopes may be added. 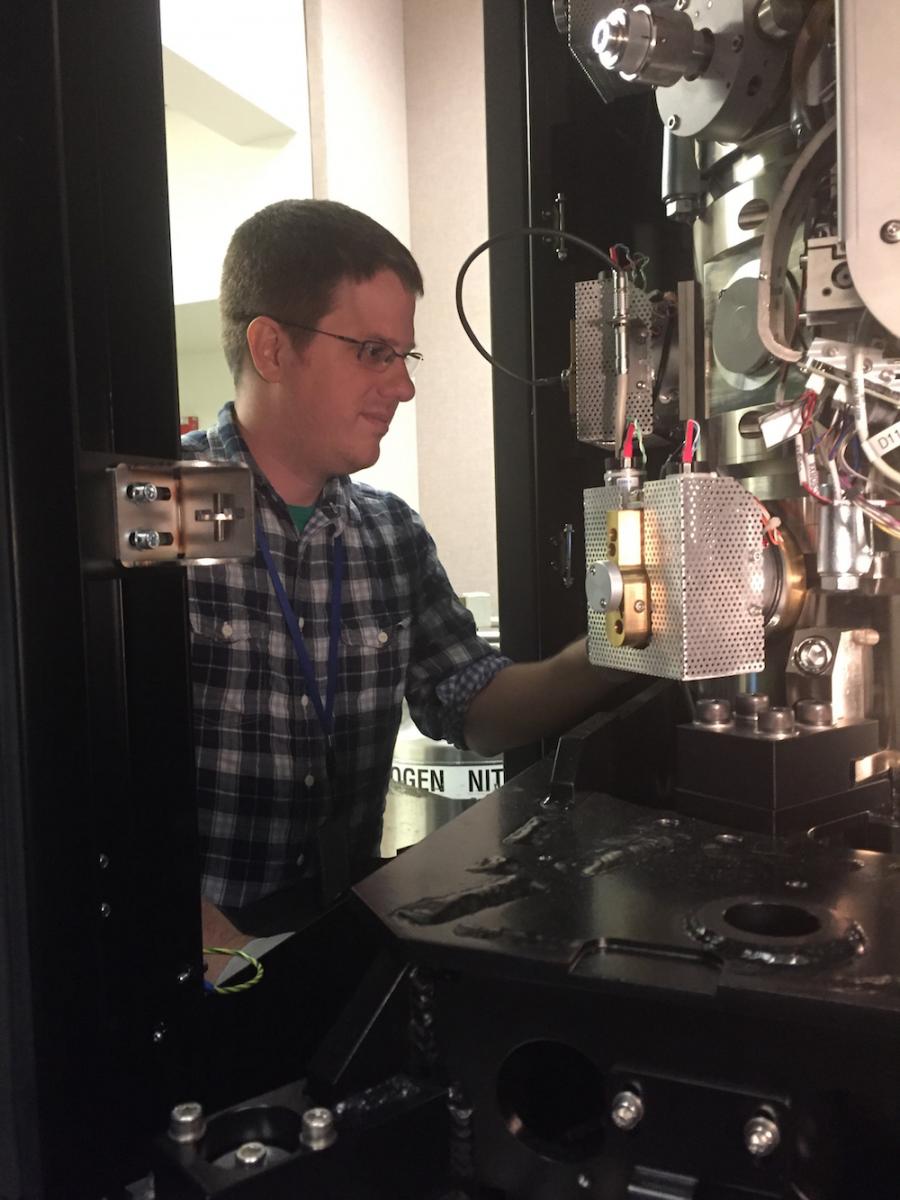 In the past, structural analysis by cryo-EM yielded low-resolution maps that were merged with high-resolution structures derived from other methods, such as X-ray crystallography. Now, data generated by cryo-EM is of high enough resolution to directly generate atomic models for proteins and other biological macromolecules.

Cryo-EM has a range of applications in cancer research from basic science to drug discovery. The resulting images provide researchers with high-quality structures that could significantly impact the development of cancer therapies, and investigators can directly visualize how drugs bind to proteins without having to go through the crystallization process for drug-protein complexes, allowing researchers to visualize proteins in their native configuration.

The National Cryo-EM Facility is available to prospective users performing biomedical research relevant to cancer. The initial aim is to produce cryo-EM images collected on state-of-the-art instruments for academic researchers who can show that they have specimens of the required quality ready for high-resolution imaging. Learn more about the facility and how to request access.