A landmark cancer drug trial is helping set the stage for moving precision medicine into the mainstream of clinical practice, according to a new study.

The study, reported in the Journal of Molecular Diagnostics, validates a procedure used in the drug trial that identifies the unique genetic mutations in a patient’s tumor, which is then used as the basis for selecting targeted drugs for treatment.

This precision medicine approach relies on a next-generation gene sequencing (NGS) procedure to identify — patient by patient, tumor by tumor — the unique genetic mutations involved in the disease. 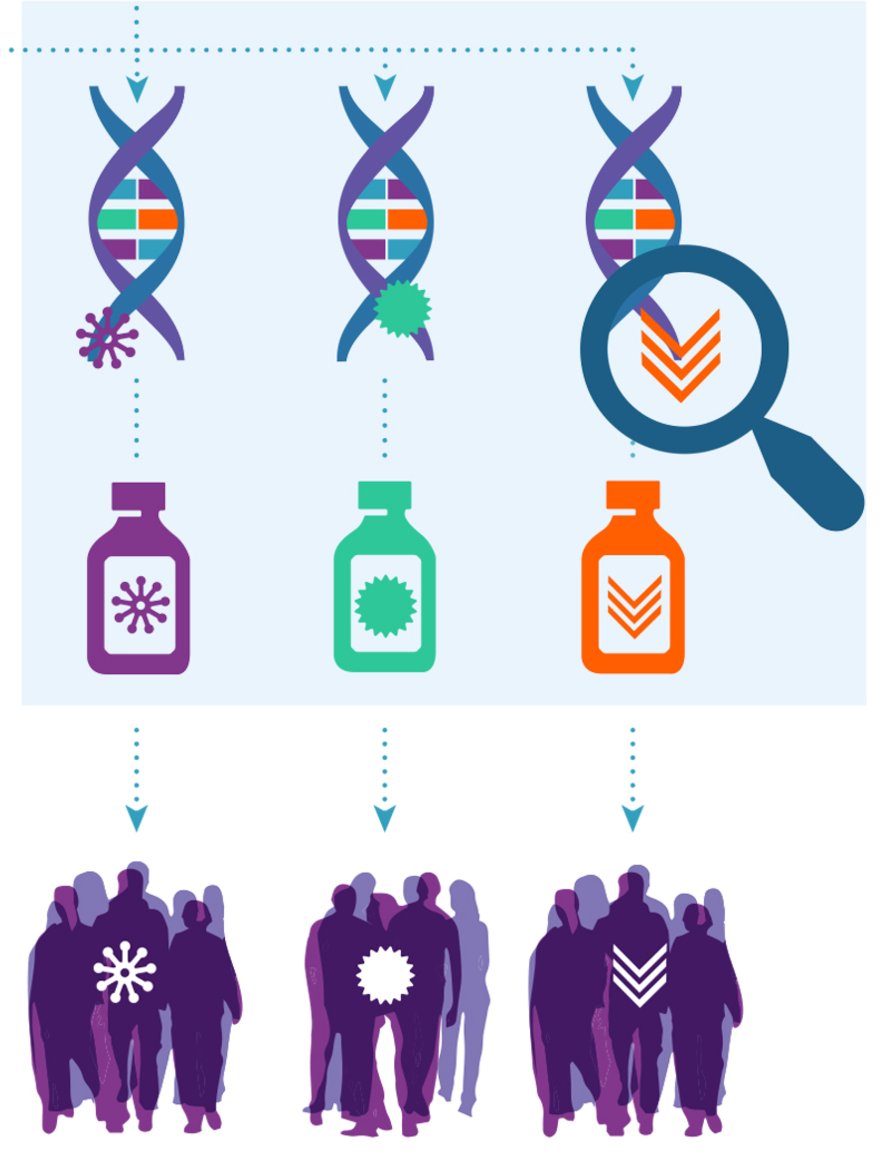 The clinical trial — National Cancer Institute Molecular Analysis for Therapy Choice (NCI-MATCH) led by ECOG-ACRIN (part of NCI’s National Clinical Trials Network) — is currently the largest precision medicine trial. Its success relies on the ability to match the genetic mutations found in the tumors of individual patients with drugs available to target those mutations and to do so accurately and rapidly.

In the validation study, scientists from the Frederick National Lab and NCI and their collaborators determined that the NGS test being used in the NCI-MATCH clinical trial was 99.99 percent accurate and reproducible across the laboratories.

Having multiple labs involved enables rapid assay turnaround times so patients can get their therapies without delay.

“The process described within this article can serve as a template for other investigators who develop and validate NGS assay systems to measure biomarkers…determine eligibility, assign treatment, or assess outcome in clinical trials,” wrote the research team with principal investigator Mickey Williams, Ph.D., of the Frederick National Lab. Williams’ group helped develop the NGS assay for the MATCH trial.

The NGS procedure was hailed in a commentary by scientists with the U.S. Centers for Disease Control and Prevention entitled, “Precision Medicine Requires Precision Laboratories.” The commentary was published along with the research paper.

“The validation study … is another step moving the field closer to the time when precision medicine will generate the expected benefits in improved clinical outcomes,” wrote Mangalathu Rajeevan, Tengguo Li, and Elizabeth Unger of the CDC’s Division of High-Consequence Pathogens and Pathology.

At the outset, the goal was to create a robust, standardized, and reproducible assay that could accommodate thousands of clinical specimens accurately and rapidly. Four accredited clinical laboratories collaborated to develop and validate the NGS assay, the Frederick National Lab, Massachusetts General Hospital, the University of Texas MD Anderson Cancer Center, and the Yale School of Medicine.

The validation study examined 455 sequencing runs on samples taken from a wide range of tumor types — including those of the pancreas, bone, and skin. For 265 known mutations, the assay achieved 96.9 percent sensitivity, 99.9 percent specificity, and 99.9 percent consistency in findings across the four labs.

The NCI-MATCH trial aims to examine tumor biopsy specimens from 6,000 patients to determine if treating cancers based on their molecular abnormalities will be effective. This approach differs from the conventional method of choosing drug treatments based on the primary tissue where the cancer occurs in the body, Williams said.

“Next-generation sequencing technology is powerful, and becoming a standard among clinical laboratories,” Williams said. "We believe our validation approach can inform other clinical applications of next-generation sequencing on methods that can be used for analytical validation and assist in harmonization of an assay across laboratories in order to help advance precision medicine for the benefit of patients and their families."

The validation study preceded the launch of the clinical trial, which relies on mutation screening for trial enrollment by collection of tumor samples — four biopsies per patient — that are delivered to the MD Anderson pathology laboratory for fixation, staining, cellular analysis, and extraction of genetic material. The genetic material is sent to one of the four labs for NGS analysis, results of which are uploaded into a custom, central data processing system called MATCHBox, which identifies the mutations for which drugs are available and recommends treatment. The treatment recommendation is subject to expert review before implementation. The target turnaround time for the entire process is 11 to 14 days.