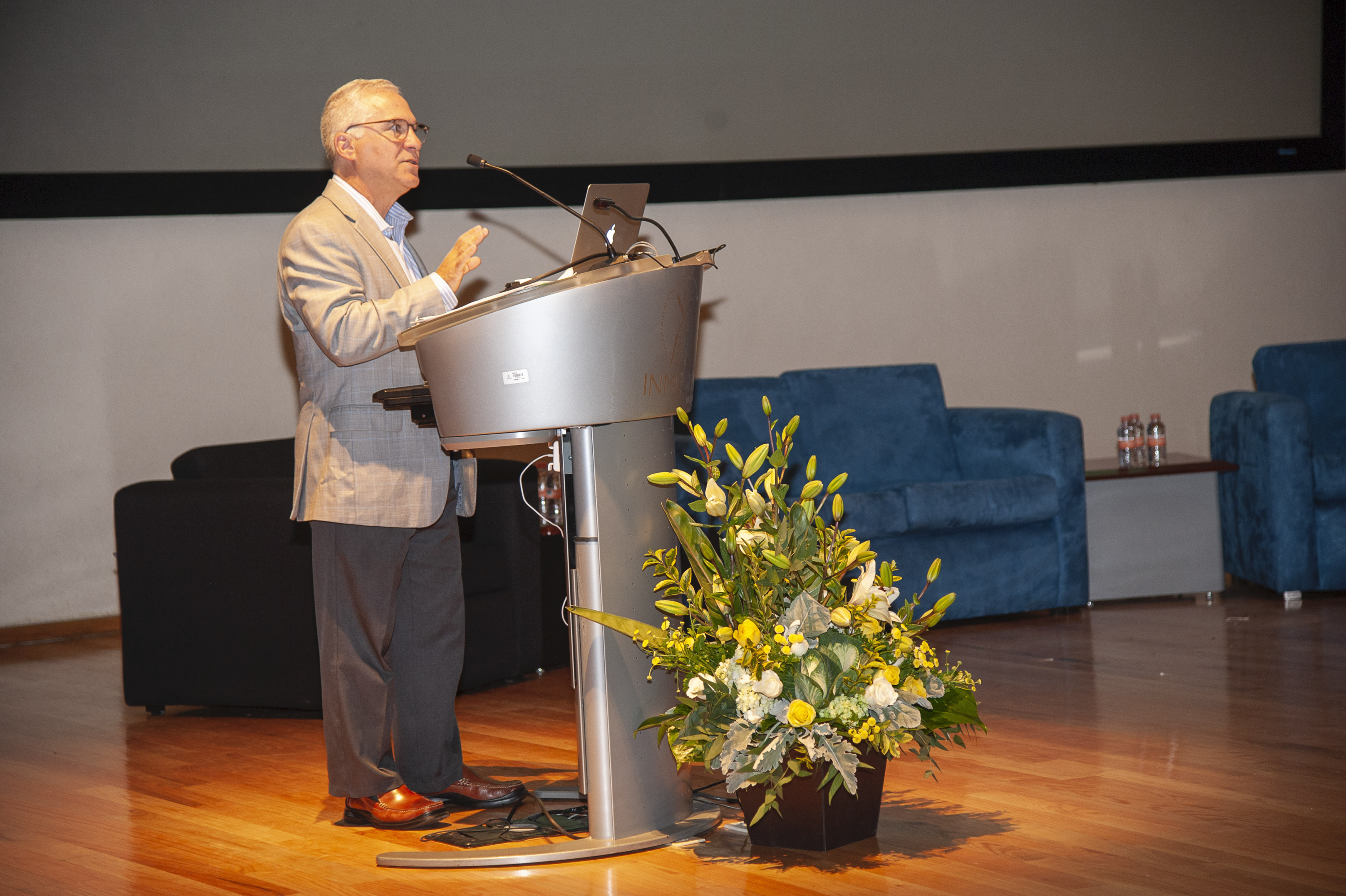 MEXICO CITY -- An engagement between the Frederick National Laboratory for Cancer Research and the National Cancer Institute of Mexico (INCan) kicked off in July with a presentation about the FNL to a gathering of Mexican cancer researchers in Mexico City.

FNL Chief Science Officer Leonard Freedman, Ph.D. highlighted some of the national laboratory’s key initiatives in a talk at a conference marking the 15thanniversary of the Instituto Nacional de Medicina Genómica (INMEGEN), one of Mexico’s 12 national institutes under the Secretariat of Health.

Luis A. Herrera, Ph.D. is the newly appointed director of INMEGEN, previous director of research at INCan and a long-time colleague of Ethan Dmitrovsky, M.D., director of the FNL. The two signed a memorandum of understanding between FNL and INCan in 2018 to create a bi-directional exchange of trainees and staff. The agreement creates an opportunity for Mexican scientists to complete their postdoctoral research fellowships at FNL.

At the July talk in Mexico City, Freedman discussed the RAS Initiative and the growing role of bioinformatics and data science in cancer research. He told the group about the FNL’s commitment to develop an active learning integrated drug discovery network for public release, as a co-founder of the Accelerating Therapeutic Opportunities in Medicine (ATOM) consortium.

Cancer scientists in attendance were eager to hear about FNL’s work on RAS, considered for the last 30 years to be an “undruggable” driver of many cancers. Freedman gave the group an overview of the RAS Initiative and an update on progress made to date, particularly against KRAS.

Rodrigo Cáceres Guitérrez is to be one of the first post-doctoral trainees from Mexico, and will join the RAS group upon completion of his PhD training. Training is funded by the Mexican institutes, Dmitrovsky said, and the intent is for trainees to return to Mexico to pursue their scientific careers after a post-doctoral experience at FNL.

In October, several researchers at Leidos Biomedical Research will join colleagues from Mexico, Japan, the U.K. and U.S. for a scientific conference in Puebla, Mexico, the Colegio Mexicano para la Investigación del Cáncer’s 6thReunión Anual. Representatives of many major Latin American cancer centers will be in attendance.