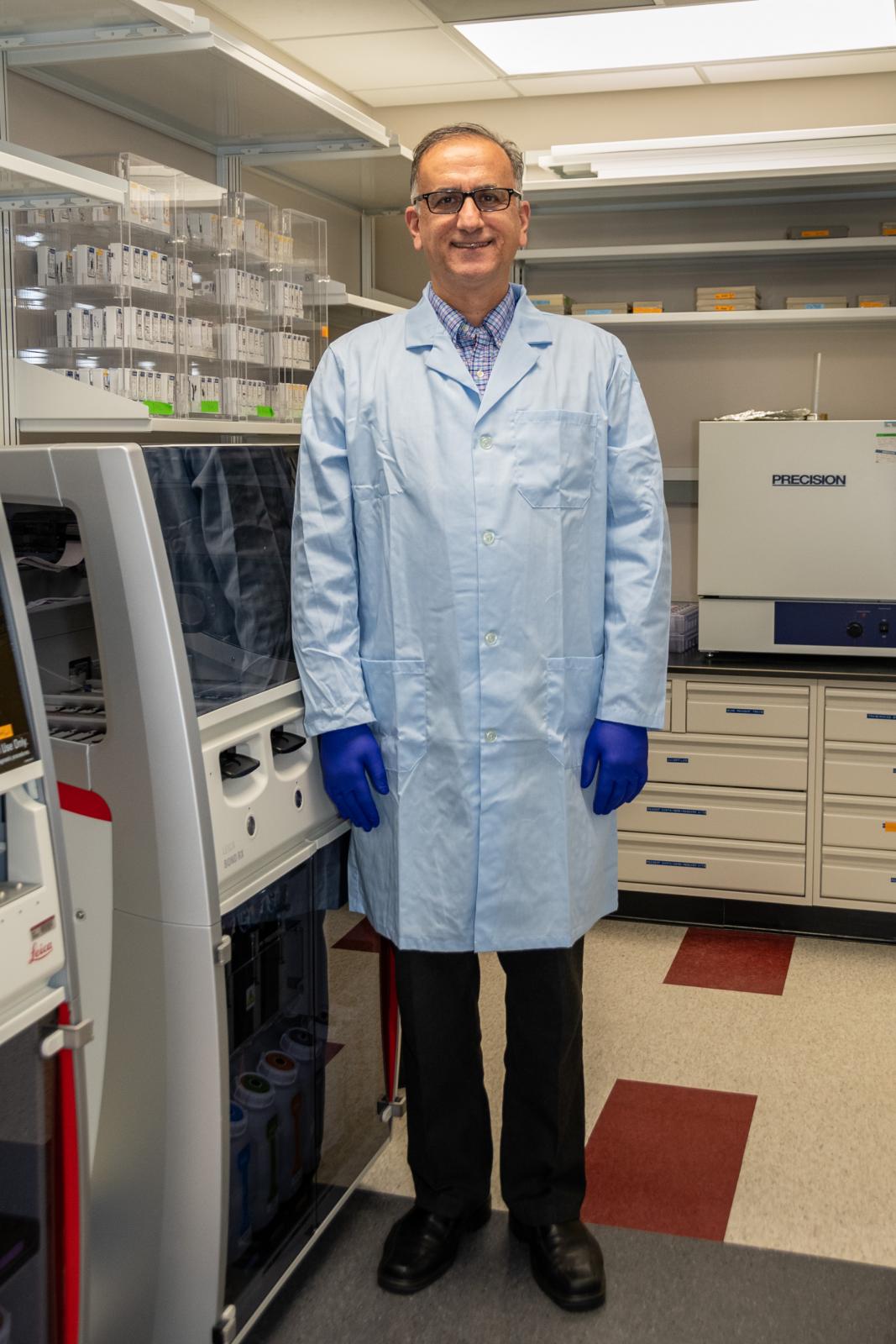 While advancing age is the most important risk factor for cancer, the incidence of the disease decreases in very elderly people.

A study led by Johns Hopkins University provided a potential explanation for this puzzling drop in new cancer diagnoses among the oldest and most rapidly growing segment of western population: that cell division rates – and thus mutations that lead to cancer – slow with age.

Very old mice are not so lucky. Laboratory mice develop cancer at the same rate throughout their lifespan. The JHU team wondered whether this difference might reflect different stem cell division rates in older individuals of the two species.

To test this hypothesis, Baktiar Karim, DVM, PhD, of the Molecular Histopathology Laboratory at the Frederick National Laboratory and collaborators at JHU performed the same tests on tissue from younger and older cohorts of mice as JHU did on samples from humans.

The study, “Cell division rate decrease with age, providing a potential explanation for the age-dependent deceleration in cancer incidence,” was published in the Proceedings of the National Academy of Sciences last year.

Researchers viewed normal colon tissue samples taken from 13 people in each of two age cohorts – 20 to 29 and 80 to 89. They labelled tissues with an antibody to Ki67, which pinpoints nuclei during all active phases of the cell cycle and is a good marker to track multiplying cells. The difference in proliferation rates between the two age groups was highly significant.

The colon cell division rate in the older group was reduced by 41% compared to the younger group. These results were confirmed by automated image analysis, which reported a 44% reduction in cell proliferation in the older cohort. Similar significant results were obtained when this analysis was performed on two additional independent sets of histologically normal colon tissue.

Similar evaluation of cells from the esophagus, small intestine and nasal sinus tissues revealed the older cohort experienced between 19% and 83% reduced proliferation compared to cells from the younger cohort.

To determine whether laboratory mice experience the same reduction in cell proliferation as they age, Karim and colleagues performed a similar analysis on mouse tissues.  They conducted the same tests on the same tissues taken from laboratory mice. Mice in the younger cohort were one month old, while those in the older cohort were 25 months.

Contrary to the findings in humans, there were no statistical differences in proliferation between the two age groups in any of the tissues examined. Cells in tissue from the colon, small intestine and esophagus of the older mice divided at 97%, 96% and 87% the rate of the younger mice, respectively. This lack of reduced proliferation rates in older mice may partially explain why mice do not have a deceleration in cancer incidence with increasing age as is seen in humans.